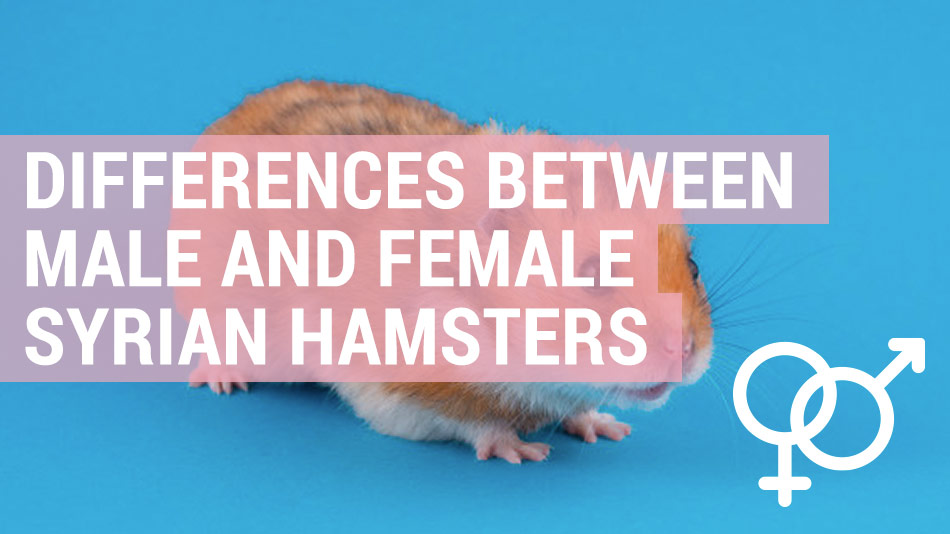 When we collected our hamster from the pet store, we did not request a particular gender. This is because we naturally assumed (that bar the physical differences), all Syrian hamsters were the same. But is this a fair assumption?

Although a large portion of a hamster’s personality is based on their breed and individual character, male and female Syrian hamsters do vary in size, smell and temperament depending on the sex you choose.

Below I will highlight some of the most talked-about hamster gender stereotypes.

Without trying to generalize too much when it comes to personality, female hamsters do tend to be the fierier of the genders. But it would be a step too far to claim that one hamster gender is easier to tame than another.

In fact, the way in which your hamster ultimately interacts with you entirely depends on the amount of time and patience you put into your pet from the get-go. The more handling time they have, the more used to you and your scent they will be, ultimately making them more relaxed when in your hands.

Just like humans, however, female hamsters do enjoy being active, making themselves busy by running around, climbing, nesting and stockpiling their food. Male hamsters are more inclined to be mellow, like chilling out and tend to enjoy life at a much slower pace.

Whilst a female hamster might enjoy being played with and entertained, a male hamster is much more likely to just want to snuggle up. And, this is definitely true of our hamster Oscar, who loves nothing more than coming out of his cage for a cuddle.

But be warned, too much food and too little exercise can lead to your hamster becoming obese. Therefore, you should try to encourage your furball to move around as much as possible either in a playpen or inside an exercise ball.

There is much debate over which is the stinkier sex – male or female.

Female hamsters come into heat every 4 days and during their estrus cycle, they release a musky and rather pungent odour which can create quite a stench. Some owners even liken the smell to that of burning rubber, whilst others do not find it too overwhelming at all!

Male hamsters, however, have their own unique aroma which emanates from their scent glands and can leave you reaching for the room freshener! Although all hamsters have these glands and use them in order to communicate with one another, they tend to be more prominent and slightly stronger smelling in male hamsters.

If size really does matter, then it is worth noting that female Syrians are typically bigger than their male counterparts. Although it is often hard to distinguish in the long-haired varieties of Syrian hamster, females can in fact be up to double the size and weight of a male.

So, when it comes to deciding what gender you want your pet hamster to be, just remember that there is no scientific evidence to prove that girls are more aggressive than boys, or that males are easier to tame than females.

When it comes to the battle of the sexes we can stereotype and assume all we like, but at the end of the day, every hamster has his or her own personality regardless of their alleged gender traits.