Do hamsters have good eyesight? 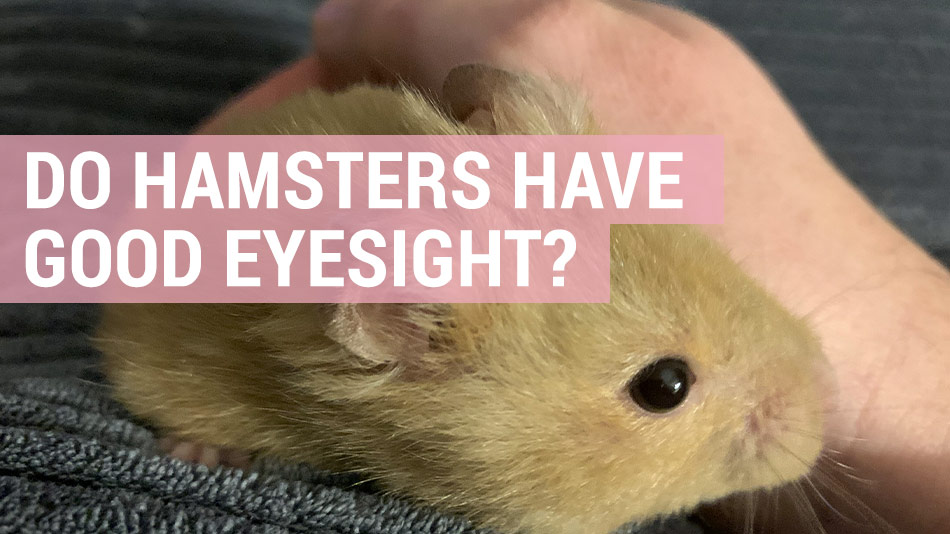 Upon placing Oscar’s food within his cage, I have noticed that it often takes him a while to locate his bowl. I watch as his whiskers flicker and his little nose twitches, compensating for what his eyes are unable to see.

Hamsters have very poor eyesight, so rely on their other senses in order to guide them and keep them safe. In fact, hamsters have an extraordinary sense of hearing and smell, which enables them to recognize other hamsters, humans and suss out situations.

In the wild hamsters have no need for twenty-twenty vision, as they live their days underground, foraging around in the darkness and only venturing above ground in the dead of night. It, therefore, makes sense, that all a hamster needs to find its way in the world is a good sense of sound, smell and touch in order to find food, shelter and safety.

How far can a hamster see?

Hamsters have large eyes in comparison to their bodies, which enables them to maximize the amount of light entering their eyes – but does this mean they can see far into the distance?

Well no…hamsters, like a lot of animals, are born blind and as adults are only able to see a few inches in front of their nose.

Unlike human eyes, where the lens has the ability to change shape and focus the light, a hamster’s lens is rigid. This means it can’t change shape much or focus light very well at all.

Because of your hamster’s meagre eyesight, it is essential that you understand the risks that your hamster faces each day in order to ensure that they are not placed in any potentially dangerous situations.

Your hamster’s poor sight is often the main factor behind their unpredictable behavior. Unable to identify your fingers from food or potential predators, they might bite as a form of defense or mistaken identity.

This is why it is so important that you move slowly, speak quietly and encourage your hamster to find their own way to you.

Can hamsters see in the dark?

Due to their night-time nature and wide-angled vision, hamsters can actually see better when they are in dim light. In bright sunny rooms, your hamster will be almost completely blind, having to rely on their paper-thin ears and splaying whiskers in order to explore the world around them.

If you do want to spend more time playing with your hamster then you should keep them in a room where the lights are low, and it is nice and quiet.

This is a really tough question to answer and one which is still being explored and researched by scientists today.

What we do know, however, is that all human and animal eyes are made up of rod cells, which are responsible for letting us see in low light conditions, and cones, which allow us to see in bright light. Nocturnal animals, however, tend to have more rods than cones, giving them limited color vision.

Some studies on Syrian hamsters have gone as far as to suggest that a hamster’s eyesight is monochromatic. This means that they see all colors as one color. However, other studies report that hamsters have shown signs of responding to blue and green stimuli, suggesting that they may be able to faintly pick up these colors as well.

More interestingly perhaps, are the findings that show hamsters reacting to ultraviolet radiation as if it is visible to them. If this is true, it certainly gives them a reason for their nocturnal behavior.

Can hamsters recognise their owners?

Hamsters learn to recognise their owners by the sounds of their voices and unique scents which is enabled through the taming process.

So that your hamster can get to know you, you need plenty of time socializing together so that they can recognize your smell via their sensitive nose.

Hamsters are also well adept at distinguishing your voice from others and by speaking slowly and soothingly encourages them to gain confidence in you. After a short period of handling time, you will find that your hamster will even start to bond with you.

How good is a hamsters sense of smell?

Your hamsters’ sense of smell is often the first thing they use to suss out situations. This is why you should cleanse with unscented soap before handling your hamster, as their acute sense of smell can detect other overwhelming scents.

Hamsters use their sense of smell to recognize other hamsters, to tell whether a hamster is male or female, to find food, and also to detect pheromones in hamster social situations. For this reason (especially with Syrian hamsters who are solitary), you should keep hamsters well apart, even if they are in separate cages and remember to wash your hands before handling.

How good are hamsters at hearing?

Hamsters can hear and communicate with each other using frequencies that even us as humans are unable to detect. They will often halt when they hear unusual sounds, before sniffing the air for further clarification.

Because a hamster has such sensitive hearing, you must speak softly to them. Other family pets, such as barking dogs could cause stress for your hamster, as can crying babies and loud children. Therefore, try to keep noise in your house to a minimum – it’s a great excuse to use on the kids if nothing else!

In order to completely understand your pet hamster, it is important to appreciate its limited eyesight. This not only accounts for their, at times, schizophrenic behavior, but explains why they are so skillful at using their other senses.

It also becomes clear, why these loveable furry pets prefer to play at night, and how we, as responsible hamster owners, can best provide for their nocturnal needs. 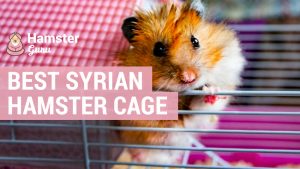 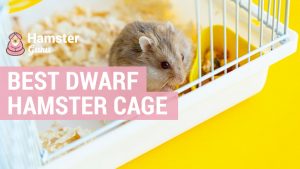