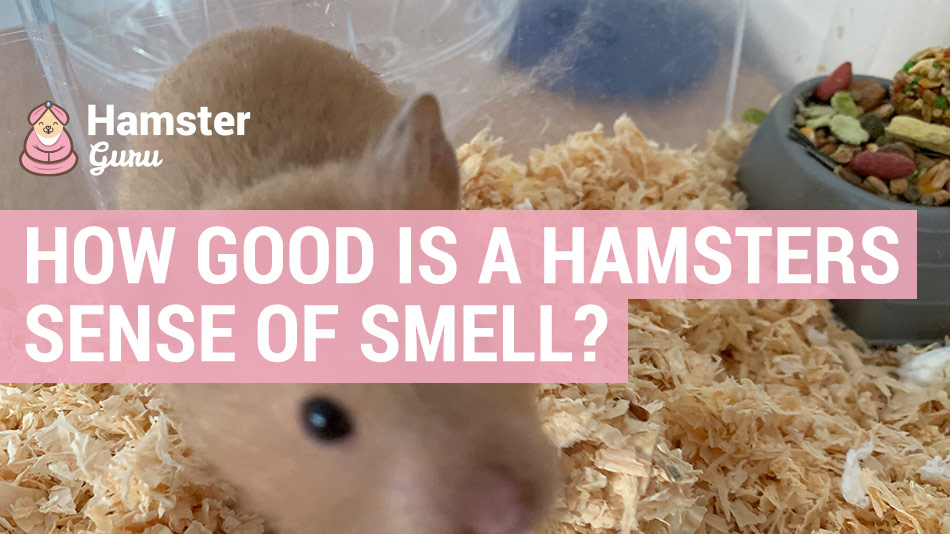 Contents show
1 How far can a hamster smell?
1.1 What smells do hamsters hate?
1.2 Why do hamsters sneeze?
1.3 Can hamsters smell their owners?
1.4 Conclusion

Oscar is no longer an only pet, as during lockdown we welcomed our Cavapoo puppy called Rosie into the family. Whilst Oscar is unlikely to spot her wandering around the room as his cage is too high and the dog is too small, it has become obvious that the hamster can smell her. But just how good is a hamsters sense of smell?

Hamsters have exceptional noses as they rely on their sharp sense of smell to alert them to food sources, navigate their way around and warn them of nearby predators. In fact, your hamster’s ability to smell is so acute that it is their primary sense.

Unfortunately, hamsters do not have good eyesight and so heavily rely on their sense of smell in order to survive. After just a few seconds of being in the same room as you, they can determine who is who and even what you have eaten – so a canine companion will be sniffed out in no time at all. 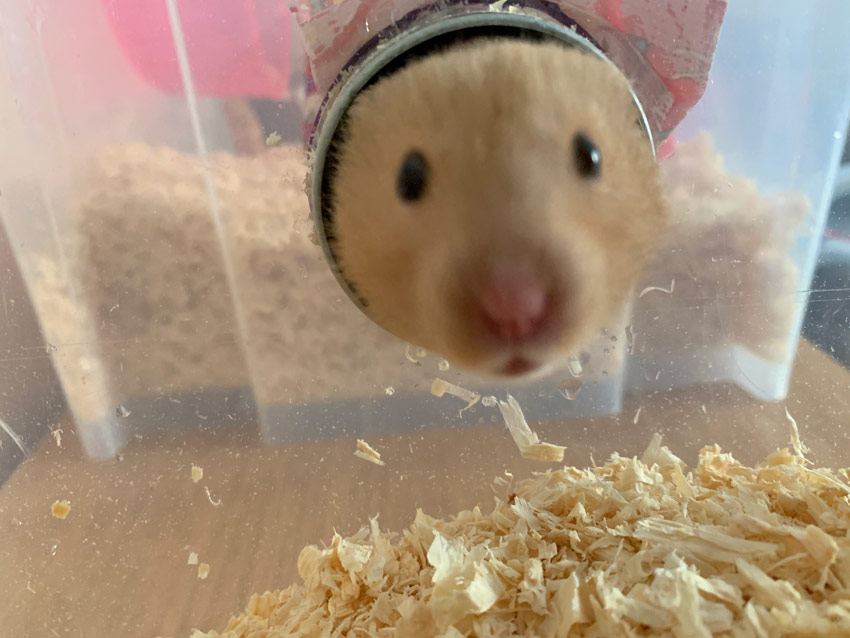 How far can a hamster smell?

You may have noticed that your hamster approaches new situations nose first and is well adept at sniffing out their favorite foods – even if they are well hidden all around their cage.

It is estimated that hamsters can smell up to 30 metres away, which is why they can tell who their owners are, if other animals such as pets are lying close by and if another hamster (even if they are in a different cage) are in the same room.

For this reason, we have decided to give our puppy Rosie her bed in a different room of the house. This will allow Oscar to enjoy his own habitat, safe in the knowledge and smell that his home is his own.

What smells do hamsters hate?

Hamsters communicate to one another through pheromones, so are able to let each other know their feelings and emotions. This can include whether they want to play, to mate or if they should simply stay away.

Syrian hamsters are solitary and should always be kept apart as they tend to fight. Simply placing them in separate cages may not be enough, however, as even if they cannot see one another, they will be able to smell each other and this could stress them out.

Hamsters also hate overpowering smells such as air fresheners, flowers and even fabric softeners. You should be wary of wearing perfumes, deodorants or handling your hamster having washed your hands with scented soap. Essential oils, if used, should be diluted, and not placed near your hamster’s cage.

Finally, hamsters are not lovers of citrus smells, so it is a good idea to put your fruit bowl somewhere else.
As a general rule of thumb, if you can smell it, then it will be way too overwhelming for your hamster. If you want to keep your room smelling fresh and air, then we suggest opening a window instead.

Why do hamsters sneeze?

Hamsters sneeze just like humans, and the majority of the time it is due to a tickle in their nose or a bit of dust that is causing a reaction. But if the sneezing becomes more persistent then it could be an indicator that something is seriously wrong.

The main reason your hamster may sneeze is if it catches a cold through interaction with their owners or via other hamsters who are harboring the virus. As colds are contagious, they are easily spread from host to host. Your hamster relies on its nose to maneuvre around and find food. Without the ability to smell out their surroundings, your hamster could become even more poorly.

A hamster that is left in a chilly room or located near to windows or doors is also vulnerable to catching a cold. Make sure that your room is the perfect temperature and that your hamster is kept nice and warm in the winter.

Allergies also cause hamsters to repeatedly sneeze and can affect their other senses too. Wood shavings such as pine and cedar should be avoided at all costs as these contain toxic fumes that can cause respiratory and liver problems.

A dusty house, a change in fabric conditioner, scented candles or diffusers can also cause your hamster to have an allergic reaction. In order to avoid this, try:

If your hamster continues to sneeze, then you should seek veterinary advice just in case it is something more sinister.

Can hamsters smell their owners?

We all like to think that we share a special bond with our hamsters, but is it true that our hamsters know who we are?

The answer to this is yes! As your hamster is equipped with an acute sense of smell, they are able to distinguish humans by our own unique scent. Therefore, if you handle your hamster regularly, they should be able to recognize you by smell. Try using the same tone of voice when speaking to them and you may soon notice that your hamster starts to stand on its hind legs when you enter the room because they can smell and hear you and are looking for some attention.

While hamsters do tolerate people they do not know, they tend to create a bond with only two or three people in their entire lifetime – so consider yourself privileged.

There is nothing cuter than watching the whiskers twitch and the nose tremble as your hamster explores its environment. Your hamster can see little and therefore relies on its sense of smell to show them the way. So what may appear to be a simple motion is actually your hamster sussing out where they are, who they are with and whether there are any dangers to watch out for on the horizon.

Please read our informative blog for more information on how to introduce your hamster to other pets.

link to What is the difference between a guinea pig and a hamster?